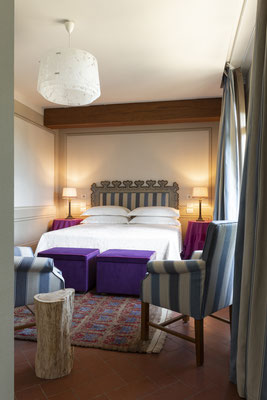 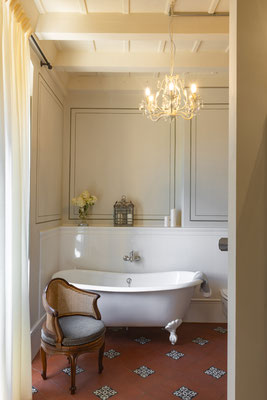 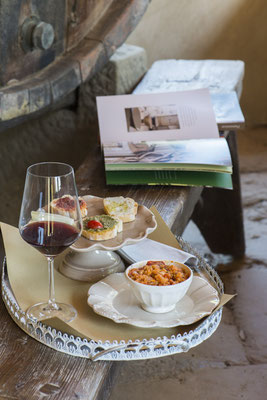 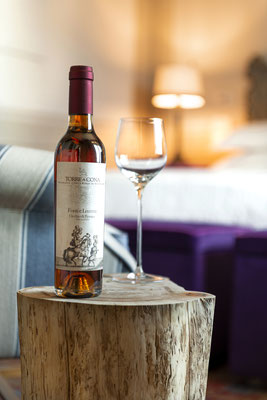 In the heart of Chianti, just 10 kilometers from Florence is the magnificent estate of Torre a Cona, dominated by the monumental eighteenth-century villa, property of Count Rossi di Montelera. Next to the villa and surrounded by breathtaking scenery of vineyards and olive groves, are the typical farmhouses, renovated and decorated with care by the Countess...

In the historical cellars with fine wines, fruits of great passion, are refined. In this place, carefully preserved over time,  tourists from all over the world come for a pleasant holiday, a visit to the gardens and cellars, and/or a wine tasting.

The first document attesting the existence of a settlement in Torre a Cona dates back to 1066 AD Not yet structured as now, it was known as the Quona Castle. Leveled to the ground, with the exception of the great tower of the twelfth century, it was rebuilt between the twelfth century and 1750.

At the end of 1800 Torre a Cona had on the estate and in the castle, the historic windmills, as evidenced by the representations in various paintings. It was then that the Marquis Rinuccini built the castle as it is now.

In the mid-nineteenth century, the Rinuccini family gave their possessions to the Marquis Trivulzio of Milan who thirty-four years later, in 1882, gave them to the Baron Padoa. The last change of ownership occurred in 1935, when the villa passed to the Counts Rossi of Montelera.

During the Second World War the house was first headquarters for the Germans and then in the summer of 1944 it passed hands to the British, who used it as a hospital.

Various works of art of Michelangelo and Donatello were protected in the cellars of Torre a Cona during the war, including the statues of the Medici Chapels and of the Duomo of Florence. The knowledge that these works of art were present saved Torre a Cona from the bombing.

After the Second World War the Rossi family of Montelera retook possession of the estate and undertook the restoration and maintenance continued until today. The new generation has undertaken a tourism and wine project to share this magnificent estate with tourists visiting Florence and Tuscany.

Torre a Cona offers you the possibility to choose between different rural houses adjacent to the magnificent eighteenth-century villa and surrounded by the beautiful Tuscan landscape.

You can stay in an independent apartment in these various estate buildings. Completely renovated and furnished with charm, each apartment is equipped with every comfort you will need for your holiday in Tuscany.

Some of the dedicated gardens are equipped with a gazebo, chairs, and BBQ/grill.

The philosophy of the wines of Torre a Cona is geared by passion.

Producing great wines in respect of typicality and development of the area. This results in limited production with grapes coming exclusively from  own vineyards which are characterized by a special microclimate, due by an unusual diurnal temperature range. Much energy and was devoted in recent years for a rationalization of the wine-cellar and then to achieve the highest quality standards.

The swimming pool (15mt x 5.5mt / 90cm deep) is open from mid-May to the end of September. It is surrounded by a large sun terrace with sun loungers and shaded gazebo with sofas. For total relaxation, it is immersed in the silence between olive groves and vineyards.

Wines can be tasted in our estate or in the antique barn, which was renovated and turned into a tasting room and wineshop.